Julie Corletto, from the Melbourne Vixens Netball Team, dropped in to visit her old school.
A Bulleen local, Julie attended Templestowe Heights Primary School as a child in Grade 5 & 6 and has become a school teacher herself. A distinguished netball career that includes; captain of the Australian 21/U Netball team, Australian Senior selection at the age of 17 and the winner of the 2009 Liz Ellis Diamond Award, Julie was able to impart her knowledge of the game of netball and offer these great words of advice to the children at Templestowe Heights Primary School.

”If you’re trying to achieve, there will be roadblocks. I’ve had them; everybody has had them. But obstacles don’t have to stop you. If you run into a wall, don’t turn around and give up. Figure out how to climb it, go through it, or work around it.” 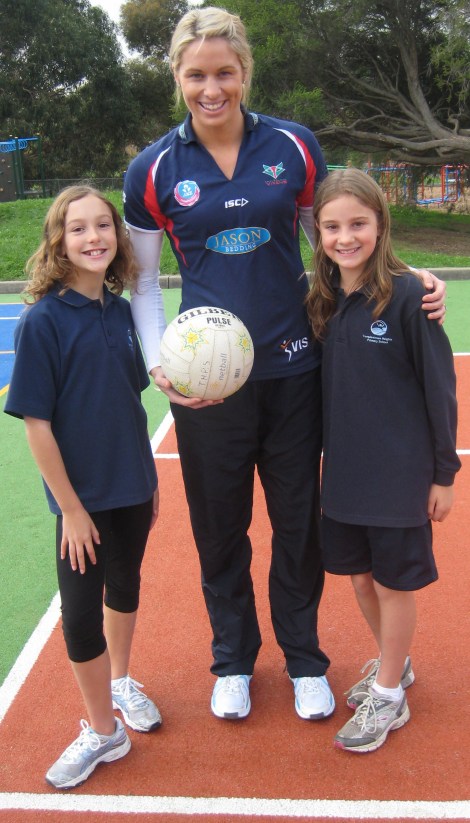